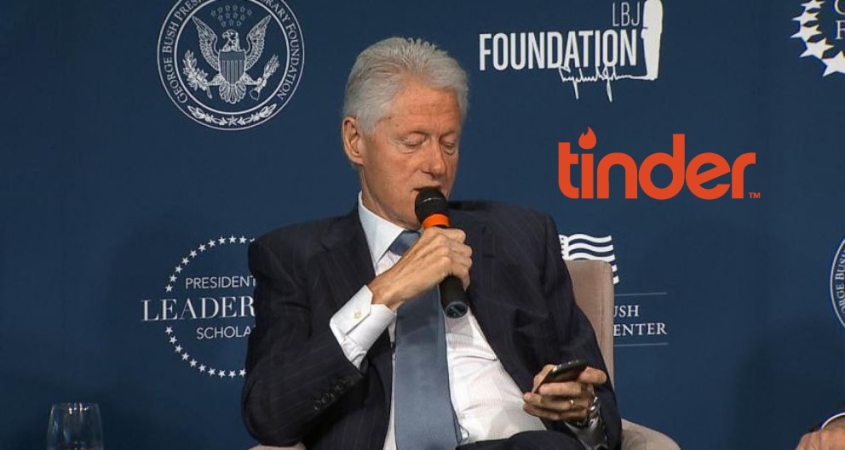 Reports have surfaced that Bill Clinton may be rekindling an old fire with someone he matched with on the popular dating site, Tinder.  Last week, Bill Clinton’s fateful right-swipe landed him on a date with Monica Lewinsky – an infamous character of Clinton’s past.

To set the bar high, Clinton purchased a Groupon for a painting and wine drinking event that scored well with Lewinsky.  The two were seen giggling and cheersing to “old times and new adventures” before heading to the back alley.

TMZ offered to buy the store owner’s surveillance footage of the back alley for $25,000 but the store owner declined the offer. They had been already outbid by Hillary Clinton, once again proving that she has Bill’s back while he has Lewinsky’s behind.

The store owner said that Stevie Wonder’s painting last week was much better than Bill’s.  “He should stick to being a stay-at-home husband.”, the store owner concluded.

Tinder said it’s excited about its new users.  They are confident that Bill will be a consistent user and will be able to spread his heart and seed to many other aspiring women in the area.

Clinton and Lewinsky declined to comment, but once again Lewinsky is blowing minds.