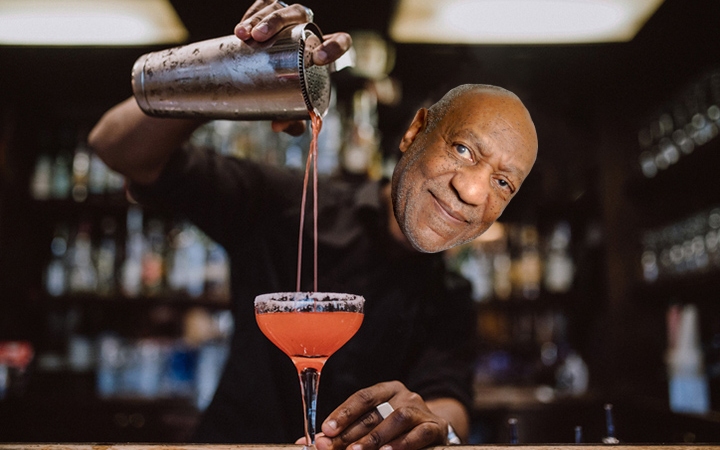 In a surprising move, the Pennsylvania State Supreme Court ruled to overturn Bill Cosby’s conviction. In an even more surprising move, upon his release Cosby was hired as a craft-bartender in the Greater Los Angeles area.

“I’m a long time fan.  I collect fuzzy sweaters, eat pudding two to three times a day and I also serve up the best drinks,” Lin said.  “If Bill can get his arthritis cleared up, he will be a great asset to my bar’s team.”

Cosby is set to start his first shift this Friday and will be introducing his unforgettable Cosby Colada.  Cosby instills craft, thought and decorative touches into his drinks that knock people’s socks off.   To preserve the integrity of his craft, Cosby is known to step behind a curtain to add his final, magical touches.

“Yes, I have heard he puts his secret powdered substance in drinks to ‘explore ones taste buds’ but I can’t remember if I’ve tried one or not.” Lin added. “Either way, I can’t wait to try it!”

Check in next week for the follow up story of Cosby’s unforgettable first night behind the bar serving drinks at The Knockout Bar.

If you’ve read this article up until this point thinking this is a real news piece, please get a grip on reality.