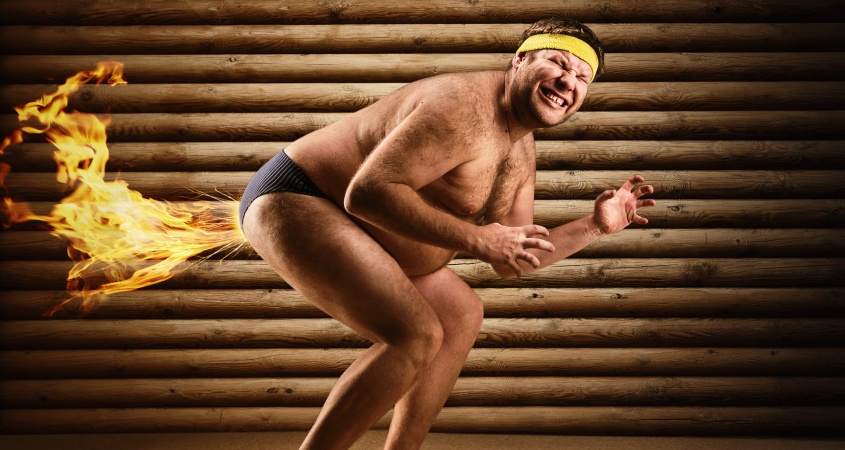 The Flatulence Association of Reflexive Tendencies (FART) has concluded a study that found 97% of males enjoy the smell of their own farts.  The study was based on a sample size of 3,447 men across 27 states.

Art Ripone lead FART’s study after realizing he throughly enjoyed basking in the scent of his own farts.  The ground-breaking study brought to light a phenomenon that men were hesitant to admitting up until this point.  Of the 3,447, a whopping 3,343 (97%) of participants stated they enjoyed the smell of their own fart and of those participants, 3,001 (89%) said they actively seek out a dutch-oven or gassy clam bake scenario.

“I needed to break the silence about cutting cheese,” Art Ripone stated.  “It’s a huge past-time of mine and I wanted to unearth this phenomenon that I know men have enjoyed doing for centuries.”

Frank Beens, a participant from Minnesota, has been a huge fan of Self-Inflicted Farting (commonly known as SIF or Siffing) since the mid 1970’s when he started to hit fuberty and the quality of his farts were enhanced.  Fuberty is a time period of a young-adults life where their farts mature and the degree of stench intensifies.

“Mornings are using the best time for me to Sif,” Frank said adamantly.  “I use coffee to ignite the previous nights already-fermented dinner combined with a hearty breakfast full of apples, pears, eggs, potatoes and chick peas.”

Another participant, Eetu Oliver, uses the Scandinavian SIF Method that has been traced back 2,000 years ago to Finland and the invention of the sauna.  The Scandanvian SIF Method requires a gassy, ready-to-go set of farts and a sauna set to a toasty 140-160 degrees Fahrenheit.

“Ah, yes, the Scandinavian SIF Method is one of my favorites but its not for the fart of heart,” Eetu said.  “Releasing a well orchestrated set of farts in a 150 degree sauna is an experience I get to share with my ancestors.”

The Scandinavian SIF Method is the most extreme way to Sif and is recommended for experienced Siffers only.  Oliver began using the ancestral method after a decade of room-temperature Siffing.