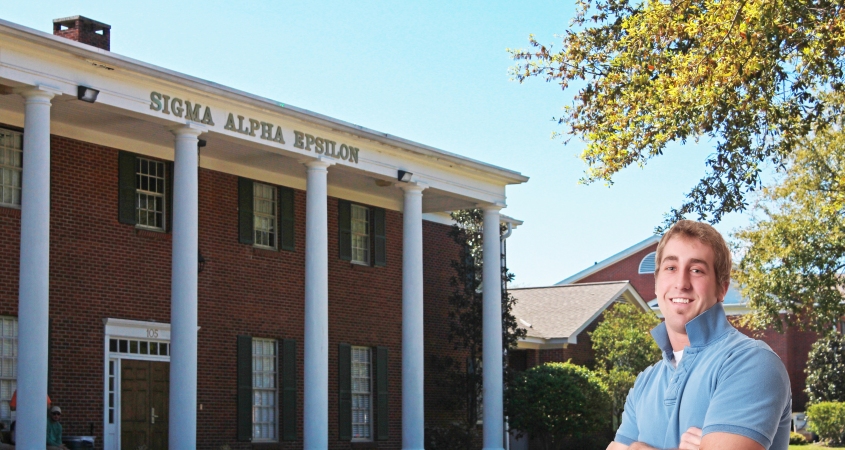 Sigma Alpha Epsilon, SAE, member Brady Gates was apart of the fraternity for two years before realizing they weren’t who they said they were.  After the fraternity at Oklahoma University held its family weekend, Gates made a realization that changed his life forever.

“I started looking around and was wondering if everyone else’s parents are here, then how are we all actually brothers?” Gates said.  “We all are white, shop at Vineyard Vines and love slamming chicks so it was easy to believe that we were actually brothers.”

The SAE chapter at Oklahoma University released the following statement regarding Brady Gates:

“We are all bros, brothers, brohammers, and brodogs.  It isn’t in our brocabulary to use the term ‘blood brothers’ when describing our bro-bond.  We’ve concluded that Brady Gates believed we were all ‘blood brothers’ for the following reasons:

We’re very disappointed about this Broxit.  We wish Brady Gates the best as he embarks on his new GDI career.  It was nice knowing him.”

Gates will undergo extreme therapy to clear his mind and get him on track to continue leading a normal life.  Although the deception is behind him, he still has a long, windy road ahead of him without his bros.

“Who’s going to hold me up as I do keg stands? What about my BP partner Chad Chadwick? We were so sick together,” Gates said as he depressingly throws his Sperry’s in the trash followed by his croakies, Ray Bans, chubbies, and pastel polos. “It’ll be hard adjusting.  How do I find bro-friends if I can no longer pay to have them?”

The Hampton Harold will be following up with Brady Gates in the coming months of his rehabilitation stage.