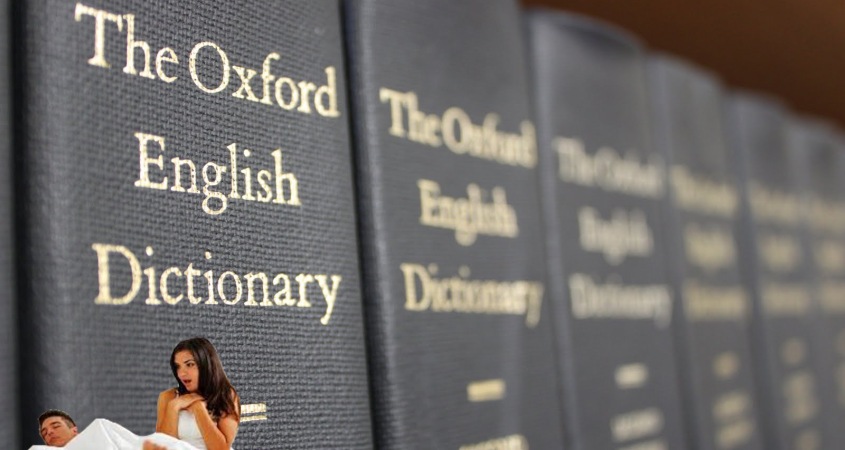 The Oxford English Dictionary added more than 500 words, phrases and senses during the March 2016 update.  Amongst the new additions, “Morning Wood” and “Titty Fuck” were raising eyebrows to some critics.

Those upset over the addition of the two new phrases were frustrated over the length of time it took for the two phrases to be added.

“They were supposed to add the phrases in the 70s.  Titty fucks were on a sharp rise and the phrase “morning wood” was used 65% more than the past decade.  They must be corrupt. Where’s the justice?,” Richard Cleavage stated, who’s the treasurer for United Citizens of Titty Fucking.

“Yes, titty fucks were occurring twice as much and the phrase “morning wood” sprung up on a lot of sitcoms and movies, but we needed to make sure the phrases represented our language and culture well,” a representative from the Oxford English Dictionary said.  “Although it took a bit, I’m looking forward to having these new phrases apart of our language.”

Titty fucks have shown a consistent rise in our modern culture and it has developed from interpersonal interactions to a global phenomenon.   Experts believe the phrases “titty fuck” and “morning wood” will soon begin to appear in the same sentence creating unmatched synergy.

“Could you imagine a society where we can say ‘I used my morning wood to titty fuck my wife’ in a proper, grammatically correct sentence?” Cleavage asked.  “It’ll change the way we wake up!”