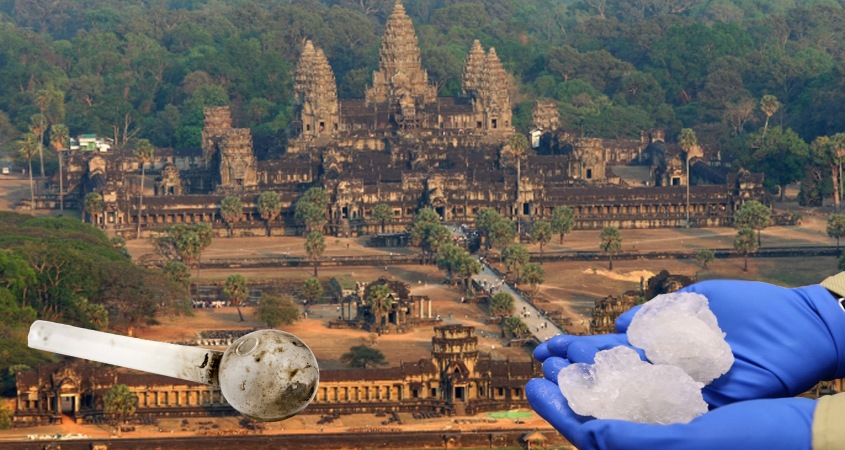 Using a laser mounted to a helicopter, explorers were able to discover civilizations they’ve been trying to find for decades.  The most recent find comes in the Cambodian jungle under the lead of archeologist Ivan Surchin.  When Surchin came out to the public that a new medieval Cambodian civilization was found, he made a rather interesting link to it.

“It is my pleasure to announce a newly discovered medieval Cambodian civilization,” Surchin said.  “However, upon discovering this civilization and learning more about the people who once lived there, I have concluded that former Laker Lamar Odom would flourish in this civilization.”

“The amount of brothels and drug houses were exuberant.  With Odom’s past fallout in Las Vegas, I concur that he would most likely have been leader of this medieval, drug littered, whore infested civilization.” Surchin added.