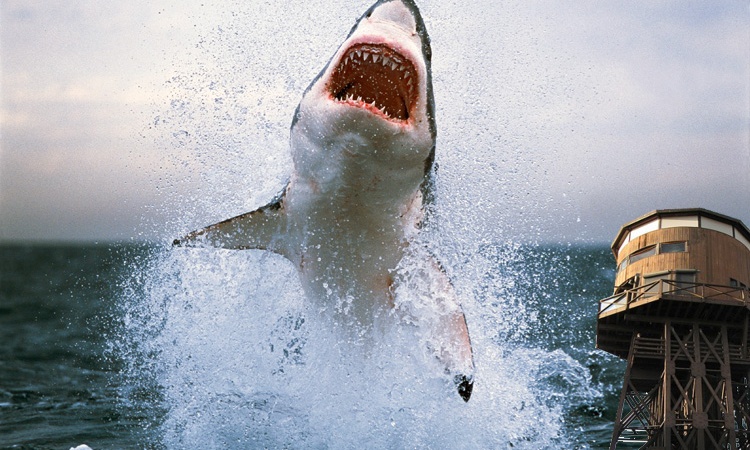 It was a sunny 75 degree day in Sunset Beach when a man heard a woman screaming from an attacking shark. Once he ran to the scene, he saw the shark aggressively attacking the woman.

“I was checking out the perfect lefts breaking hard on 16th St. when I saw the shark.  Dude, best barrels ever. But yeah man the shark was crazy.  I saw it in his eyes.  He was like there for death.  So, I dropped my rockstar, ran into the water and fought for this chick’s life, bro. It was gnarly!” said Brock Recker.  “I could tell she wasn’t local but I barged anyways.  That shark was not chill.”

Dozens of Great White sharks have been spotted off the coast of Sunset Beach in Huntington Beach, Calif. One shark, locally called Lloyd, made the first attack on Gloria Rodriguez, a hair-stylist at Bitches Be Beautiful Salon in Hawthorne, Calif.

“I saw the signs but I was like whatever, you know.  My boyfriend, Victor, wanted a selfie of me in the water so I had to. But yeah the shark was mean and didn’t want me there or something so I like screamed and shit.  I thought sharks only ate fish and stuff so why would he want me, you know?”

When paramedics arrived, Recker had successfully defended Rodriguez from the shark. Rodriguez only suffered minor lacerations: a cut on her forearm, bicep and gash to her thigh.

Rodriguez received nine stitches to her thigh-gash and a dab of tequila to her other two cuts.  Lloyd has yet to comment on this incident.